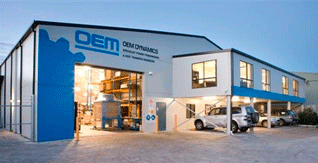 OEM Dynamics Pty Limited is an Australian owned and operated Company which has been active in the manufacture and supply of Mechanical Power Transmission and Heat Transfer products since 1975.

The Company has a high level of expertise in both these fields. Customers include many of the largest firms in Australia, New Zealand, South East Asia, Japan and the Western Pacific Rim.

Other customers include the mining industry, oil and gas exploration, armed services and most public utilities.

Many of the products are fluid power related and in Australia it is unusual to find a hydraulic driven machine which does not include either a drive train component or oil cooler originating from OEM Dynamics.

The Dynacool division of OEM Dynamics specialises in the supply of air cooled and water cooled heat exchangers for cooling oil in most applications including Fluid Power, Mechanical Gear and Transmission Drives, Air Compressors, Scoop Couplings, Engine Oil and Process Oil Cooling.
The Dynacool division is recognised as being the largest supplier of heat exchangers for oil cooling applications in Australia.

Other products from Dynacool include the unique Carousel oil filter for on-line element replacement, special valves and controls for oil cooling applications and rotary gear oil pumps for lubrication systems.

Manufacturing, Warehousing, Administration and our Sales Facility are at Head Office located in Ballina NSW. We have several Sydney based representatives and a representative in both Brisabne and Perth to assist enquirers. We have stock in a  warehouse in Perth to assist our WA customer. OEM Dynamics have quality assurance to AS/NZS ISO 9001:2000, approved by Lloyds Register.

Gear drives for use with multiple hydraulic pumps and motors

Please take a look at what we have been up to regarding our current and past projects to date! 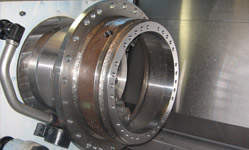 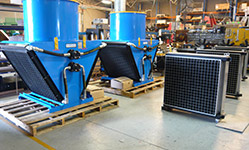 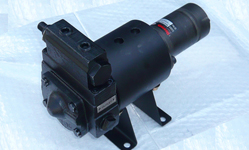